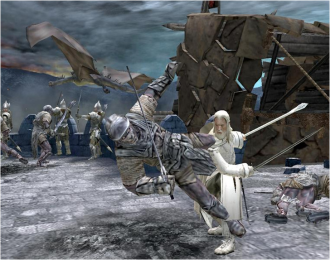 Game design should be rightfully called experiential design, for in our personal philosophy it involves both what happens on the computer screen and also what happens inside the player’s head. ‘Immersion’ and ‘Putting emotion into games’ have been catch-phrases of the industry for over a decade, and we have been driving this artistically in game productions in many ways, from the physical of John Madden Football (EA), to the visceral of The Lord of the Rings (EA and EALA) and Golden Axe (Sega), to the cinematic immersion of Uncharted (Sony), and to the season-long agony of WWE (THQ).

We have designed and helped develop nearly 150 electronic entertainment products over 30 years, with creative work for every major console and computer system over the last two decades. We have also been on the forefront of game design innovation, developing the first interactive-movie video games using filmed media (Sewer Shark, and Night Trap for Hasbro), and the first online massively multiplayer game system (Rabbit Jack’s Casino for Steve Case/AOL).