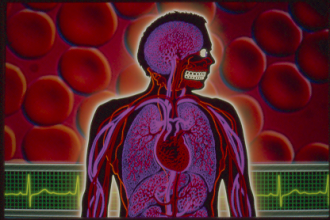 We have helped companies in a number of creative roles, including serving as the first creative director in the game industry with Imagic and EA's first creative director. At Imagic we did all game art, packaging, and special effects covers for a number of innovative games such as Microsurgeon. More recently we have worked as a contracting Creative Consultant for the Game of Thrones franchise for EALA, Los Angeles, CA, as Creative Consultant, writer and designer for the WWE franchise (PS3, 360, Nintendo DS) for THQ, Agoura Hills, CA, as a Story and Design Consultant for the Uncharted PS3 franchise for Sony/Naughty Dog, Santa Monica CA, as Creative and Design Director for the Golden Axe franchise for Sega/Secret Level, San Francisco, CA, and as Senior Designer and Writer for The Lord of the Rings franchise (The Two Towers, Return of the King, The Third Age, The White Council, Lord of the Rings Tactics, Battle for Middle-earth) for Electronic Arts, Redwood Shores CA.

Prior to that, as EA’s first Creative Director we worked with various EA Worldwide Studios on initial design efforts for launch of the PS2 platform. Designs included final specification of John Madden Football PS2, creation of a complete automotive combat game Bent Axel for Tiburon Studio, design of the ongoing Strike franchise for the PS2 (licensed to become Mercenary), and design of several other EA franchises, including World War II Fighters and Jane’s Online Arena, Fleet Command, USAF and other flight simulations.

While defining EA’s creative arts roles and career pathways, we also designed EA’s multi-million-unit Strike franchise for PlayStation, PC, N64 and Saturn (Soviet Strike and Nuclear Strike), the Shockwave series (3DO, PlayStation, PC). We also managed the visual design of all of EA’s first CD titles including John Madden Football, Road Rash, and PGA Tour while creating for EA the live-broadcast motif for all CD sports titles that endures to this day.