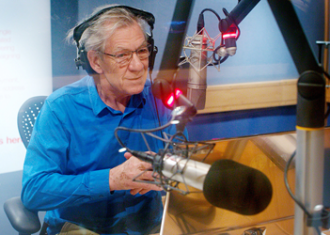 Behind every design of special effects and experiences is the unifying story or emotional resonance that drives immersion and long-term play compulsions. We believe that visual images should begin with the words that describe images. Particularly when expressed as sequential visual animations, and verified by neuroscience, story is the foundational way in which the human brain organizes its perception of the world.

Our creative process in creating animation-rich products is to begin with the game and script design and first understand how story and interactivity intersect. We are known for comprehensive preproduction having overseen every aspect of electronic entertainment production over the years.

Since voice is a key element in human animation, we also focus on writing world-class recording scripts that we have also directed multiple sessions with some of the world’s top talent: Sir Ian McKellen, Christopher Lee, Viggo Mortensen, Orlando Bloom, Elijah Wood, John Rhys Davies, Andy Serkis, and John Madden, along with other stars such as Dominic Monaghan, Sean Astin, and Billy Boyd, and have written scripts for Hugo Weaving and Cate Blanchett. One result was the winning of the Academy of Interactive Arts & Sciences Achievement Award for
the Best Vocal Performance (Elijah Wood).